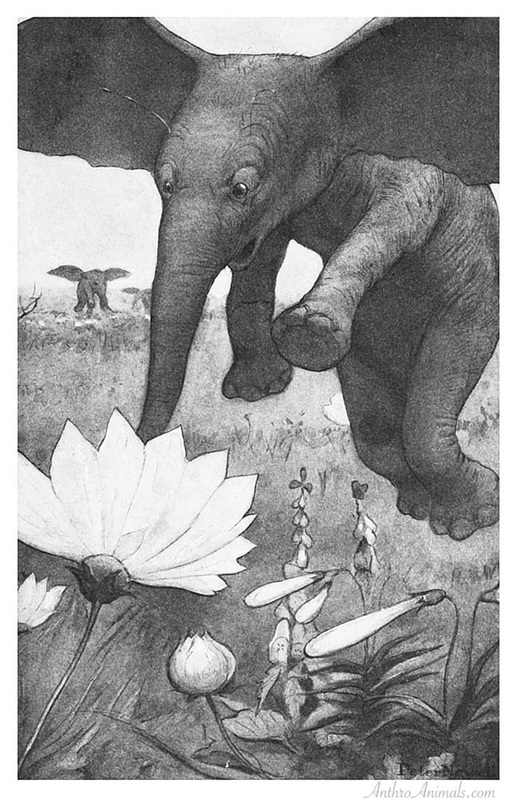 Peter Newell's work continues to make children laugh, and thanks to John Kenneth Bangs' brief and funny biography of Mr. Newell, we also have a glimpse of who Newell actually was beyond the brief resumes generally posted next to his works.  Those resumes show that Newell was born in 1862 and died in 1924, that he created illustrations and wrote poems for Harper's Weekly, the Saturday Evening Post, Judge and other magazines, that he had his own comic strip called The Naps of Polly Sleepyhead, and that he illustrated the works of Mark Twain, Steven Crane, Lewis Carrol and other authors.  But here, from Bangs, is how Mr. Newell became a successful artist still admired today.
__________________________________________
A few months over thirty -seven years ago, in a farmhouse standing in some mysterious and unrevealed spot in Illinois, Mr. Peter Newell made his first appearance in the world, and for the time being was a more absorbing topic of interest in his family than the Civil War then in progress. The actual date of this event, which has meant so much to the world of illustration, was March 5, 1862, the three hundred and twenty-eighth anniversary of the death of Antonio Allegri, a gentleman who, in the course of a distinguished career, made himself and his native town famous as Correggio. One who is not in the confidence of nature finds himself unable to state positively that the advent of Mr. Newell into the world on the fifth of March, 1862, was a belated effort on the part of the powers that be to make up to the world of art for the untimely decease of the great master of the sixteenth century, but the coincidence of the dates may prove suggestive to minds that find suggestions in that sort of thing. Had Mr. Newell been born a day earlier it might have changed his whole career and transformed a budding artist into a future President of the United States which would have been very unfortunate both for Mr. Newell and for the thousands who find in his work a constant source of delight. As a statesman he would have found admiration and encouragement from his partisans only. As an illustrator there is no division in the ranks, and he receives from all, young and old, a well-merited meed of admiration.

There was little in the early days on the farm that gave evidence of what was in store for the young Newell, except that there was hardly any work to be done on the acres that seemed suited to his abilities. He was an indifferent milker; a somewhat tentative tosser of hay; and it is said that his ploughing lacked depth.  However all this may be, long before the years of discretion had been reached it was quite evident to those who watched him and speculated upon his future career that in the poetry of life the bucolic caesura was not to be Mr. Newell's division. And a little later the ease and avidity with which he seized upon the paint-pot, and the grace with which he manipulated the brush in the painting of campaign banners and the making of patent drawings, gave promise of an artistic career that must have either greatly encouraged or greatly worried those who had the care of him. It is told of an eminent sculptor that the first indications of his genius manifested themselves in the turning of a last in a shoe shop. It is no less interesting to know that in the handling of pigments Mr. Newell's earliest experiments were on barn doors and wagon wheels.

His education was wholly in the public schools, and it is probably true that it was acquired with some difficulty, since Mr. Newell developed, as time went on, a certain dexterity in the caricaturing of his teachers.  Many an excellent specimen of his work in black and white has been rubbed hastily from a school blackboard by an irate teacher; and it is a cause of positive grief to certain collectors of his pictures to think of the ruthless wet thumb that obliterated Mr. Newell's slate impressions of those who were trying to teach him something he never knew before. Yet the artist acknowledges that the personal criticism that was laid on at such times by his unconscious models has done him much good from the point of view of morals, if not from that of his art. Discipline is not usually taught in art schools, but out of his art tendencies Mr. Newell acquired a knowledge of the power of authority which has helped to make of him a citizen.

In the early eighties Mr. Newell began to turn his knack at caricature to some account, and for a year or two was one of the most acceptable " idea-mongers " in the periodical world. Rough sketches of quaint and humorous pictures he thought ought to be made, with an accompanying text elucidating the composition, were submitted by the hundreds to editors in the effete East, and met at their hands with so ready an appreciation that, in 1883, their clever author found himself financially able to desert the pleasant paths of quietness and peace, to which he could never grow accustomed, for the turmoil of a great city, the storm-centre of which, to one of his tastes, lay in the Art Students' League, then doing business in a combustible building in Seventy-third Street, New York, well provided with fire-escapes, however, which taught by practical methods a "skied" artist how to get down to the line of safety and success. At the League Mr. Newell drew blockheads and other models assiduously for three months, and after having been convinced that his work was utterly hopeless, and that he had no future either ahead of him or behind him, felt that the time had come to launch himself upon the sea of art. He knew that utter hopelessness had been from the beginning a sign of genius, and his own hopelessness was so extremely utter that it gave him confidence. The rest needs no statement here. From the moment that Mr. Newell began reducing his own ideas to concrete form his work has been very much in the public eye; and it is the fact today that, had he been twins instead of a single individual, both of him would find it difficult to meet the demand for his delicious pictures and quaint fancy with an adequate supply.

The keynote of his success has been his absolute fidelity to his own Muse. He cleaves only unto her, and has never flirted with the muse of another. His work is his own, and is not modelled after or in any sense suggestive of the work of any other, past or present. What he has learned in his art he has discovered for himself. With no desire to disparage the good work that is done in the Art League, one may say that even the teachings of that institution have not spoiled him. Had he not successfully forgotten what he learned there, he would have become conventional, and if he had become conventional he would not have become unique.   - John Kenneth Bangs, 1899 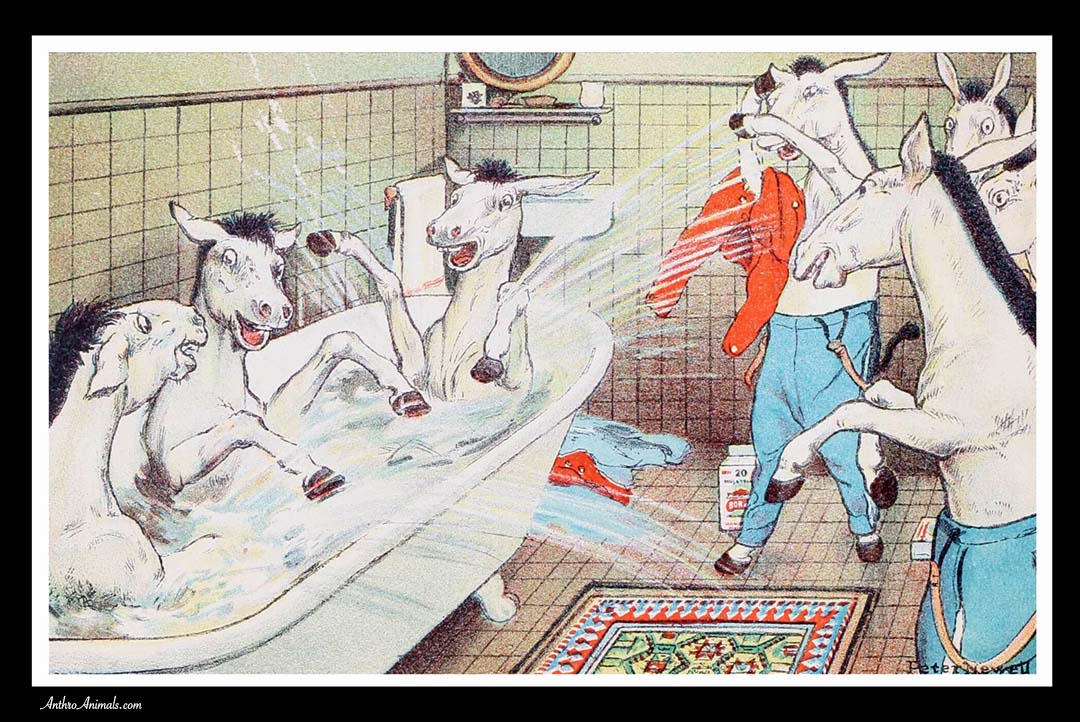